Fourteen people died and 15 more were injured in a crash involving a bus carrying a junior hockey team in Saskatchewan, Canada, and a semi truck, according to the Royal Canadian Mounted Police. 29 people, including the bus driver, were on the bus containing the Humboldt Broncos, during the 5 p.m. crash. Some of the people are in critical condition; the driver of the semi-truck was not injured. An initial investigation has revealed that the semi-truck was traveling west on Highway 335 as the team bus was going north on Highway 35. The Humboldt Broncos were on their way to play the Nipawin Hawks in a Saskatchewan Junior Hockey League playoff game. The team has players ages 16 through 21. President Trump tweeted that he had offered his condolences to Canadian Prime Minister Justin Trudeau on Saturday afternoon. 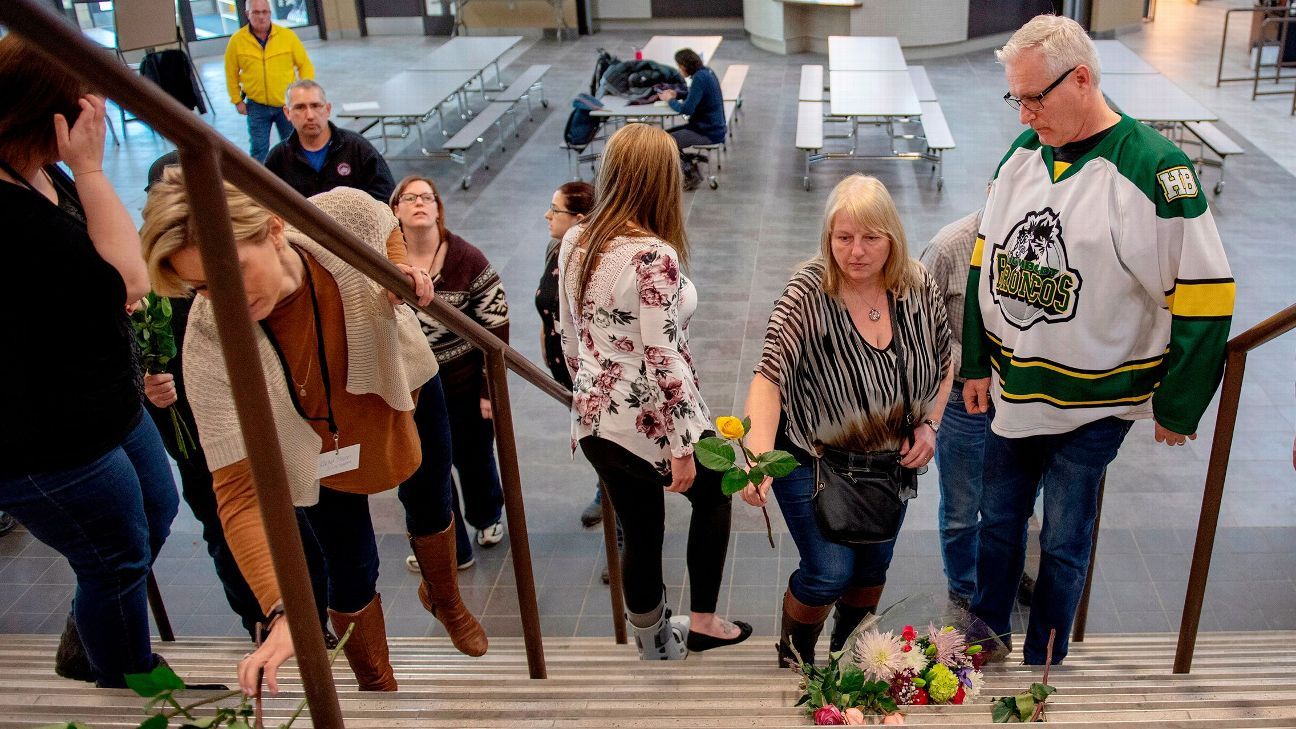