Robert Lee Griffin III, also know as RGIII, will become a Baltimore Raven, the team announced Wednesday. RGIII will sign on a one-year deal with the Baltimore Ravens next week as a back-up quarterback. Griffin, 28, a star at Baylor and the 2012 NFL offensive rookie of the year with the Washington Redskins, will be brought in as a backup to Joe Flacco. He last started an NFL game for the Browns in Week 17 of the 2016 season. An ACL injury at the end of his rookie season led to injury struggles for the rest of his time with the Redskins. “He’s a very talented quarterback who’s had a lot of success in this league early on,” Ravens coach John Harbaugh said. “So we’re excited about it. We felt like we needed a No. 2 quarterback. You look at the veteran quarterbacks out there … I mean, where we’re at right now, I’m pretty excited about this player. I’m really feeling like we got a steal.” 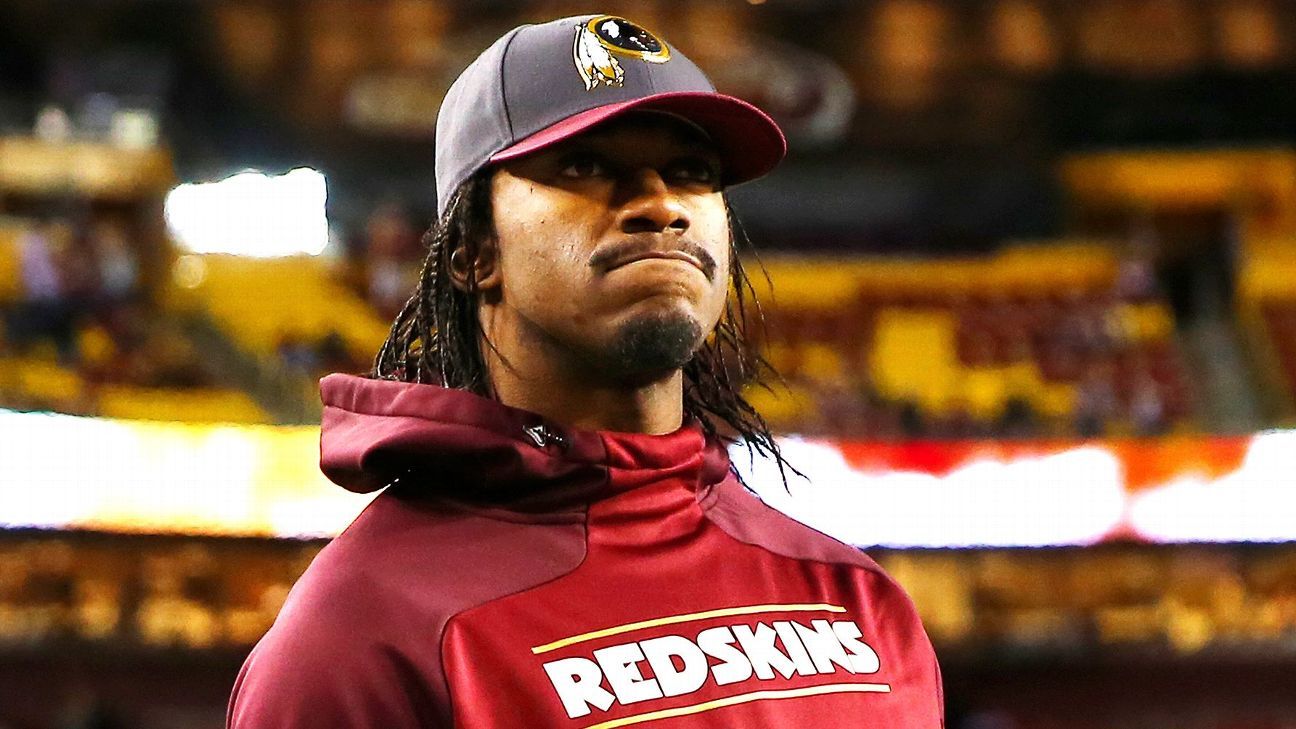 RGIII gets 1-year deal to be Ravens backup